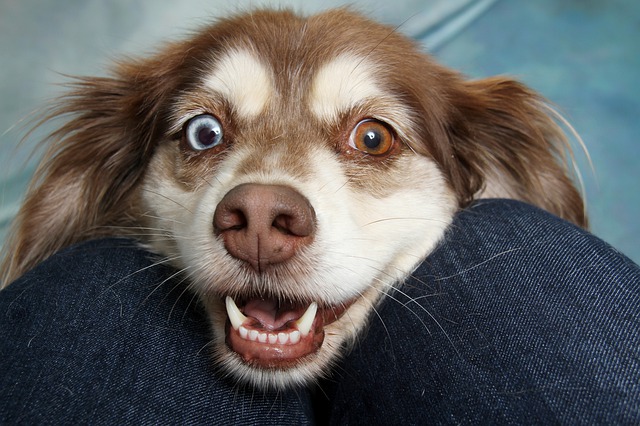 Elaine Petersen had laminate floors installed in her Florida home a couple of years ago — only to have the proverbial rug pulled out from under her.

“It was a nightmare for Ramsey,” she says of her now 11-year-old Golden Retriever, who was so unsure of his footing that he refused to walk through the living room. Because Ramsey’s rear legs had atrophied, Petersen was afraid they would slide out from under him.

So she covered her slick new floors with huge area rugs, and Ramsey got his house back.

Sharing your life with an aging dog can have its challenges — some of them, like Petersen’s, as dramatic as they might be unforeseen. Along with graying muzzles and slower reflexes, senior dogs have special requirements in their twilight years.

When is old?
The first step for owners is figuring out at what age a dog should get his canine AARP card. Size is a big factor.

While annual wellness exams are a must for any dog, Langholz suggests twice-a-year visits for older ones. “Animals age more rapidly than humans, and an older dog can lose weight so gradually that an owner doesn’t notice.” At these biannual visits, a vet can do blood work to evaluate the functioning of internal organs, such as the kidneys and liver, and monitor the heart.

But in other respects, less is more. Michael Stone, DVM, an internal medicine specialist and clinical assistant professor at Tufts Cummings School of Veterinary Medicine, notes that vets are backing away from the idea of annual booster shots, especially for aging dogs. “We’re really spacing out vaccines now,” he says, noting that studies show that immunity for some vaccines, such as parvovirus and distemper, lasts for as long as seven years.

Make life easier
Because limited mobility is a hallmark of getting older, pet manufacturers offer a variety of products — from pet ramps and steps to heated and therapeutic bedding — to help ease stress on an elderly dog’s aching joints.

Marcy Burke of New York had a memory-foam bed custom made for her 11-year-old Golden Retriever Taylor. “I notice that after she sleeps on it, she’s able to move much more quickly,” Burke says. “And in the car it helps a tremendous amount if I can take the shock out of her ride.”

Burke also reminds that graceful aging begins in the sapling years with a good diet, regular exercise, and even thoughtful training. “I taught Taylor as a young puppy to use every single step on the stairs and not to leap off the bottom.” Although Burke’s intention was to help Taylor’s performance at agility trials, “it has helped her in later life to go up one at a time, and down one at a time,” preventing a dangerous slip and fall.

Common health concerns
Older dogs are prone to some common diseases and problems, including:

Obesity. Long-term weight problems are the No. 1 risk of old age, Stone says, because excess weight can lead to severe arthritis and impaired mobility. Once a medical cause such as hypothyroidism has been ruled out, the solution is simple: less food, more exercise.

Still, Stone estimates that only one in 10 owners heeds his advice to cut calories. “It’s easy to listen to me,” he says, “but hard to look at those sad, brown eyes.”

Arthritis. This common joint problem isn’t just painful; it’s a frequent cause of euthanasia, Stone says, “because it impairs the dog’s ability to get around.”

Keeping a dog trim and well-exercised is key. Vets can recommend supplements such as glucosamine chondroitin or non-steroidal anti-inflammatory drugs, although the latter can affect liver function.

Dental disease. “The mouth has a tremendous blood supply, and there is information that suggests if there is a lot of bacteria along the gum line, it can seed to other parts of the body,” Langholz says. Regular cleanings need to be weighed against the risk of anesthesia for an older dog. Daily brushing and dental chews can help.

Cancer. As dogs age, their immune systems grow weaker, leaving them vulnerable to cancers. Some, such as lymphoma, respond well to treatments; others, like osteosarcoma, are more aggressive and have a less optimistic prognosis. Regardless of the type of cancer, the veterinary goal is not to cure the disease, but to keep the cancer under control for as long as possible.

As with anything, the earlier you catch a problem, the better. “The majority of lumps and bumps I see are benign,” Stone says. “The thing to watch for is rapid growth. If a lump grows over the course of weeks, it definitely has to be addressed.”

Incontinence. Loss of bladder control is common in old age, but the causes can vary widely, from a simple infection to the onset of dog Alzheimer’s. Consult your veterinarian to pin down the culprit. For chronic “leakers,” there are absorbent wraps and diapers to wear indoors.

Cognitive dysfunction. Langholz says it takes “quite a bit of detective work” to determine whether a dog’s changing behavior is due to dementia or some other cause. An owner’s input is crucial because “they are very tuned in to signs that something is wrong, such as not recognizing family members.”

Renal disease. After a lifetime of exertion, a dog’s organs inevitably slow down. “Dogs can lose 70 percent of their kidney function, and the kidneys can continue to do their job [only] until the teeter-totter tips too far,” Langholz says. Even though impaired kidney function can’t be reversed, early treatment can help stabilize the kidneys.

Heart problems. Like the kidneys, the heart can falter after a lifetime of hard effort. Depending on the specific problem, veterinarians can prescribe medication to manage some cardiac abnormalities. And, following in the footsteps of human medicine, today’s canine cardiologists can even implant pacemakers to keep your dog’s ticker tocking.

Diabetes. Usually occurring between ages 7 and 9, diabetes is a deficiency of insulin, the hormone the body needs to absorb blood sugar. Diet changes and daily injections are needed to manage this disease.

Hearing and vision loss. These sensory deficits require owners to change the way they approach their dogs — sometimes literally. Coming up to a hearing-impaired dog from behind will startle him, and trying a new configuration of the living-room furniture will likely upset a senior canine whose eyesight is dwindling.

Think outside the box: Use vibration — such as a foot stomp — instead of your voice to get the attention of a hearing-impaired oldster.

Celebrate the years
The fact that a dog has reached an age where these inevitable problems occur is something to celebrate itself.

“As dogs are living longer, we are seeing more ailments that we tend to associate with older humans,” Langholz says. A strong focus on preventive care, an emphasis on dogs as family members, improved nutrition, and spaying and neutering have all contributed to canine longevity.

Watching your dog grow grayer has its lighter moments, too. Ramsey, the carpet-loving Golden, has developed cognitive dysfunction, requiring Petersen to monitor his swimming and fishing sessions in a nearby lake, lest he wander off. But as his memory dwindled, he forgot his lifelong rivalry with the Great Dane next door. 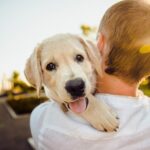 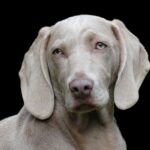