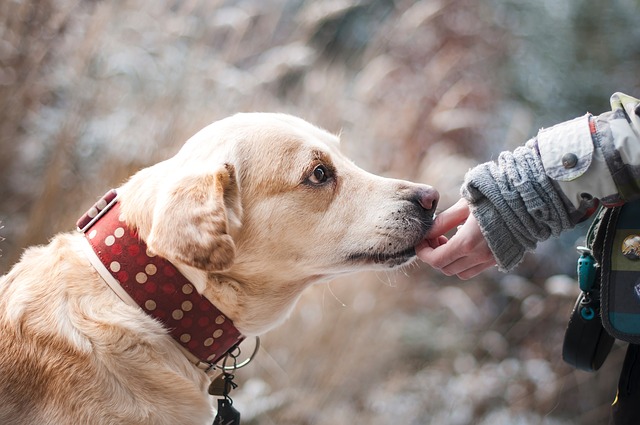 A decade ago, BARF was the acronym that raw-feeders used to describe feeding raw, meaty bones to their canine companions. Coined by Australian veterinarian Ian Billinghurst, it stood for “Bones and Raw Food,” which later morphed to the eggheady-sounding “Biologically Appropriate Raw Food.” But now, everyone pretty much just calls it “raw.”

Labels aside, the raw pet food movement got a lot of attention this spring, when wide-scale pet food recalls prompted many owners to rethink commercial foods. Suddenly, the idea of feeding a fresh, well-hydrated, varied, raw diet, whose enzymes and amino acids have not been altered by cooking, didn’t seem like such a radical idea anymore.

Owners often switch to raw feeding in times of crisis, such as when their dogs have been diagnosed with deep-seated problems like allergies, says Monica Segal, author of “Optimal Nutrition, Raw and Cooked Canine Diets: The Next Level” (Doggie Diner, 2007). But more and more owners are becoming proactive. “They’re asking themselves, ‘If a method of feeding is being touted as good when an animal is ill, why not when it’s healthy?’”

Still, despite the interest — and the growing number of companies that offer frozen and freeze-dried raw diets — many vets are still uncomfortable with the idea of feeding dogs a diet that mimics what they would eat in the wild: basically, raw meat, uncooked bones, and pulverized vegetables and fruit. Among their concerns are the risk of bacterial contamination, dietary imbalances, and internal injury from inadequately chewed bones.

Not every dog is cut out for a raw diet, agrees Segal, who is certified in animal healthcare by the University of Guelph and formulates raw diets for her clients.

“If you have a really immune-compromised dog, it might not be the way to go.”

When it comes to objections about raw feeding, its advocates note that good hygiene is important when handling any raw meat. Most healthy dogs can handle bacteria such as Salmonella or E. coli, and grinding raw meaty bones into a hamburger-like consistency eliminates any choking risk. (Never feed cooked bones, which are brittle and can splinter.)

Nutritional balance is also a concern: Not having an adequate calcium source, for example, can leave a dog at risk for severe orthopedic problems. The key is never to embark on a raw diet without doing adequate research. In addition to Segal’s writings, a good introduction for wannabe raw feeders is “Natural Nutrition for Dogs and Cats” by Kymythy Schultze (Hay House, 1999).

One of the biggest drawbacks to raw feeding is cost. Segal notes: If you do it right, but don’t have affordable meat sources, feeding your dog can be as costly as feeding yourself.

From the canine point of view, though, the pluses of raw feeding are pretty obvious. “Very few dogs,” Segal says with a grin, “will turn their noses up at it.” 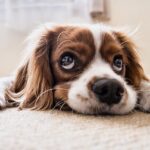 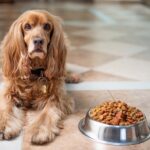